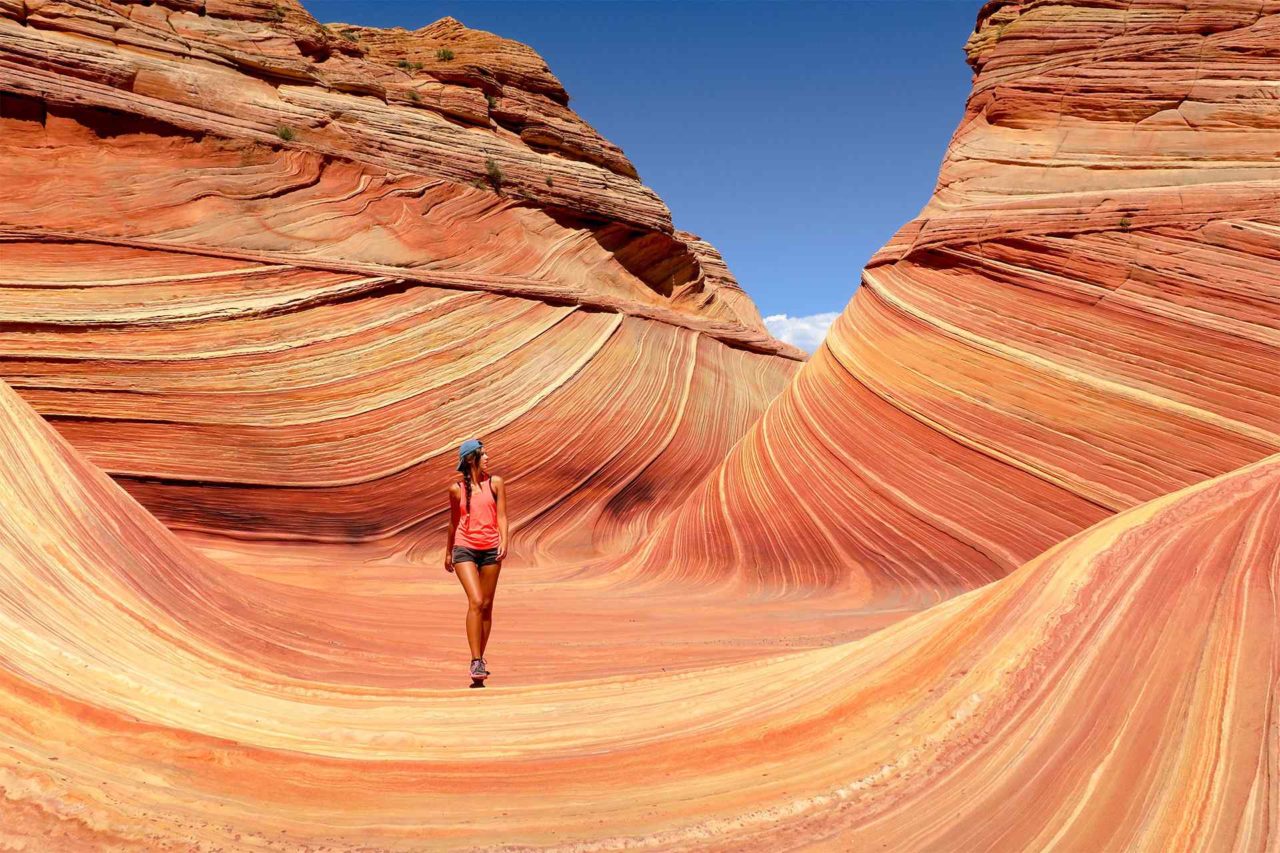 Most people have seen photos of hiking the Wave in Arizona- a gorgeous red sandstone formation along the Utah/Arizona border in the Vermilion Cliffs National Monument. I really wanted to hike the Wave last April at the tail end of my Paria Canyon trip, but I was confused by the competitive permit process and the weather also wasn’t cooperating.

I recently met up with Josh Allen, a fellow Utah adventurer, and the founder of RAWTrails – a project intended to help improve people’s lives through the outdoors. He recently returned from hiking the Wave in Arizona and offered to write up a post sharing everything you need to know about hiking the Wave, including the crazy permit process that you have to endure if you want to see the Wave in person.

So check out his detailed writeup below, mark the permit application deadline on your calendar, and cross your fingers!

Back on July 22, 2009 the world suddenly became aware of some miraculous place that perhaps was previously hidden to the masses.  The above date was the initial release for Microsoft’s operating system, Windows 7.  The mention of Microsoft or anything in the technology sector is important only to this article because it introduced all of us to the beautiful desktop wallpaper of The Wave in Arizona, and since that time an increasing number of people have sought to make their way to this breathtaking location.

Making the trek isn’t as easy as one might imagine. The Wave is situated on the Utah-Arizona border, halfway between Page, Arizona and Kanab, UT in the Paria Canyon/Vermilion Cliffs Wilderness, and these days it’s even harder to find yourself as one of the lucky ones to draw a permit for the site.  Due to the overwhelming popularity of the site, the Bureau of Land Management limited foot traffic to 20 people/day.  That’s right – only 20 people are allowed to the site at a time, thus preserving the integrity and beauty of the Wave.  In 2014 alone, there were approximately 50,000 applicants, which means 7300 people were allowed access with a 14.6% success rate, and it’s only going to get harder to get in.

8 Essential Tips for Camping with Your Dog